2019 Candidates for
​the board of trustees

Holly has been attending UVC with her family since 2017.. She serves on our Social Media and Special Events Team and enjoys SpiritGroups and the Sisters Retreat.  She is a trauma-based speech-language pathologist and has served as a Rehabilitation Manager and Director. She is the founder and CEO of Catalyst Scrubs and Just Changed Lanes and received the Entrepreneur of the Year Award for her efforts in promoting peace and acceptance of diversity in Kansas City and around the world.  She has volunteered on leadership boards as a community speaker and has a rich history with digital marketing, planning and execution strategies as an entrepreneur and promoter.  After years of frequenting the grounds of Unity Village without realizing there was a spiritual community here, she was introduced to UVC through a friend. “Truth washed over me like a waterfall and Unity has been my home since that day.”
BIO:  Holly grew up in the small farming town of Lexington, MO where she began her love of music that would carry
throughout her life. She graduated from William Jewell College and double-majored in Communications and Psychology. It was also during her college years when she met her husband, Jim, and they have been married for 18 years and have three children: Pryor, 14; Will, 12, and Maryn, 8. Holly's passion as a healer, mixed with her desire to help others connect and communicate effectively, led her to pursue a Masters Degree in Communication Sciences and Disorders from Rockhurst University in 2002. Holly has served as both a Speech-Language Pathologist and a Director of Rehabilitation at various hospitals and skilled nursing facilities in the Kansas City area. Holly combined her healthcare background with her desire to provide sustainable income for women living in poverty around the world, and she created Catalyst Scrubs, the world's first fair-trade medical apparel and accessory company in September of 2015. Catalyst's products are made by women in India,
Rwanda, and Nepal. Holly left healthcare management in 2016, but continues to serve as a trauma-based Speech-Language Pathologist at local hospitals, was the COO of a digital marketing firm, and is the founder and CEO of Just Change Lanes, a digital marketing consultancy aimed at helping entrepreneurs find the resources they need to compete in today's digital society. A former member of both Southern Baptist and Methodist churches, Holly was introduced to Unity Village in 2017 and both she and her husband became members in 2018. If you ever seek out Holly at a Sunday service and she is not in attendance, it's most likely because a patient requires her specific services at Truman Medical Center and Lee's Summit Healthcare Center. When not at work, Holly enjoys walking her anti-social rescue dog Olive on the trails of Unity, reading, hosting parties and get-togethers with friends, and finding bargains at garage sales and thrift stores.

Anna has been attending UVC since 2012 and is currently the Board President. As an educator of 31 years, she has experience mentoring/coaching, coordinating & developing programs and serving on committees.  She brings to the board her extensive experience with professional development, negotiation skills and leadership at the district level.  She has served in the Teachers Union, American Federation of Teachers and boards for past spiritual communities. She is serves nearly every Sunday including on the YFM, PowerPoint, Fellowship, SpiritGroups, Special Events. Sacred Service Saturday/Social Action Ministry Teams and much more.  She has participated in Prosperity Groups, SpiritGroup Host Training and various UVC leadership trainings. “I love to service, it must be in my DNA.  I have always been known as the mediator and calmer.”
BIO:  I have been attending UVC since Oct 2012. I have been a member since Feb 2014. This year marks my 31st year in education ... middle and high school level. It is never boring. I have always had a strong sense of loyalty and service. I believe me years in education, my activism in my teachers union, on the local and state level, and more, have helped prepare me for the opportunity to continue my journey of growth at UVC and the Unity movement by continuing my service on the Board of Trustees. I have a twin brother. I also have a sister. We were all raised in North Dakota. My wife, Jodi and I have been
together for 33 years. We moved to KCMO in 1989. We married in 2014. I love to learn new things, read, and cook. 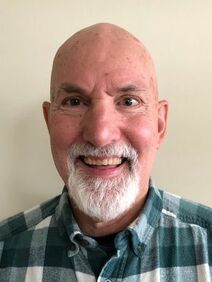 Dennis has been attending UVC since 2008 and has been active in the community as former President of The Men of Unity and leader of the Adopt-A-Highway Program for many years.  He is retired military ( 20 years of active federal service) attaining the rank of lieutenant colonel. He graduated from Senior Service College and spent 2007 in Iraq as a peace keeper in action.  He is currently self-employed as the CEO of his residential rental property business.  He brings to the Board a unique skillset he has developed from his diverse background. Including a Masters in Strategic Studies and his experience of being a managing partner of local apartment complexes. “I am happy to have made so many friends at UVC. I love UVC& want to contribute to the leadership.”
BIO:  Dennis V. Smith is retired military (20 years of active federal service). He attained the rank of lieutenant colonel and graduated from senior service college. He spent 2007 in Iraq, where he became a peace keeper in action. He currently is self-employed as the CEO of his residential rental property business. He also draws on the experience of being the managing partner of two local apartment complexes. Dennis lives in Lees Summit, close to New Longview. He enjoys scuba diving, kayaking, and hiking. He loves to go on dive trips to Bonaire, Netherland Antilles in the Caribbean, and explore the wonders of
the deep. Snorkeling is always fun in Bonaire as the bountiful coral reefs are near the shoreline. The warm climate is also appealing to him. He also finds short day hikes in national parks to be relaxing, and for shorter outings, he throws his kayak on the back of his truck and goes to Longview Lake or Lake Jacomo to paddle in the calm waters. Dennis is past president of Men of Unity at UVC (five years), and past leader of the UVC Adopt-A-Highway Program (five years).   He is fond of serving the congregation at UVC. 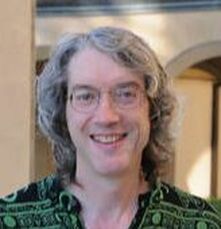 Keith has been attending UVC since 2014 and currently serves on the Board as Treasurer seeking reelection.  He has attended and hosted many SpiritGroups, including Adventures in Spirituality, and served on the Service Assistant, Hospitality and Youth & Family Ministry Teams for many years.   He brings to the Board of Trustees over 18 years of experience as a Supervisor and Lead Engineer mastering the skill of quick understanding and honing his ability to facilitate cooperative teamwork. He served on the board of his Credit Union for 10 years including several as Chair. HIs desire to help build the community that has supported him and continues to facilitate his spiritual growth drives his desire to serve as a Unity Village Chapel Board of Trustee. “I feel blessed to be able to continually challenge myself and step up in service to the community of I love. I’m just crazy enough to run for another term.”
BIO:  I began attending Unity Village Chapel five and a half years ago when I was going through a tough time in my life. This community supported me through that time and continues to facilitate my spiritual growth by showing me love and by challenging me to expand my limits. I was first challenged to become a member, then to lead Adventures in Spirituality groups and SpiritGroups. I have also served as a Service Assistant for several years now, served on the Hospitality Team, volunteer with YFM, and have had the privilege of serving on the Board of Trustees for the past year and a half. I love each one of you and always leave the Chapel feeling better than I arrived. This community has also supported the blossoming of my creative side, as I have discovered my inner mystic poet and enjoy reading my work at the Village Mic on first Thursdays. I feel blessed to be able to continually challenge myself and step up in service to the community I love.