Erin brings a refreshing style to our Unity Movement.  She continually weaves together realms of the secular and the sacred sharing her authenticity, music and message.  In 2011, she returned to Unity Village to serve as the Senior Minister of Unity Village Chapel.  Ordained in 2005, she hit the road with her message and soul-filled music traveling to over 50 Unity centers from coast to coast.  She then served as the Senior Minister of Unity of Montclair, New Jersey for five years.

Erin pioneered and continues to direct Campaign for Consciousness, an inspirational awakening of consciousness around our world. This 40 day affirmation campaign that occurs annually from September 10th through October 19th, inspiring spiritually grounded and principle based social action. She serves on the AGNT Advisory Council and as Advising Minister for The Light Center & Love Light, a Unity retreat center and permaculture-based farm with volunteer outreach programs in South Africa serving grandmothers and youth orphaned by AIDS.

Outside of Unity, you may see Rev. Erin strumming her guitar, camping by a creek, throwing pottery, crocheting Blessed Baby Hats, wading in the water or watching the moon as she wanes. 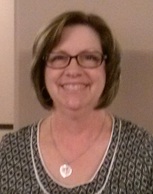 Linda has been a member of Unity Village Chapel since 1976. By day, she is a Dental Assistant and has been working with the same dentist for 30 years. She has been a Y.O.U. sponsor for the teens. Now she is honing her grandma skills by serving in the Nursery.